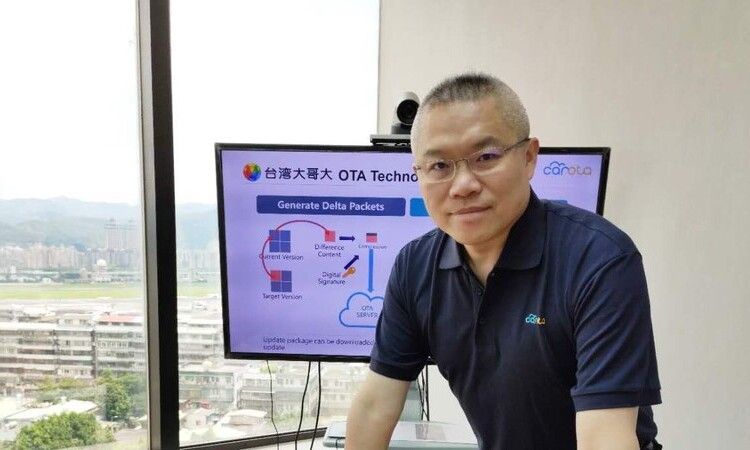 The release of the 5G network is going to open a new era of businesses for the Internet of Things and Taiwan Mobile aims to embrace the explosive growth of the IoT devices. Today, the company has announced an alliance with Carota to co-jointly launch the OTA (Over-The-Air) service management platform. The enterprise users can now fully take advantage of the various cloud applications, and seamlessly update their connected devices in a safe environment. Taiwan Mobile takes the leadership in the Taiwan telecommunication industry by expanding its OTA technical cooperation for the upcoming connected cars, smart homes, smart cities and many promising fields. The enterprises can utilize the OTA technology to create new business opportunities and to take part in success of the Internet of Things with the prospects of the new smart life.

CH Wu, Vice President & Chief Enterprise Business Officer said that the OTA will be one of the keys for the enterprises to win the Internet of Things era. Most people have already experienced the update technology on their smartphones. Along with the fast growth of the IoT devices, a connected vehicle can contain hundreds of microcontrollers, making the download and upgrade processes of the firmware and software infinitely more complex than mobile phones. Because the success rate of the vehicles’ OTA is critical to both the user experience and the personal safety, the data transmission’s speed for high volume and other standards are stricter, making the technical thresholds a lot higher than mobile phones’ upgrades. The Carota OTA technology has accumulated a vast experience by cooperating with well-known manufacturers and will benefit from the Taiwan Mobile’s stable cloud environment and the management platform technology to enhance its OTA offering for the various IoT products and to unleash the infinite potential of the “Update everything”.

The funder CEO of Carota, Mr. Paul Wu, said that 500,000 vehicles worldwide already use its OTA service. Carota’s big niche lies in its excellent differential algorithms. For example, the size of a new package version required to update an in-vehicle infotainment system, can reach up to 1 or 2 GB. The differential technology allows to update only the difference between the new and the existing files. The new file’s version is instantly reduced and can be compressed to a size of 50MB only. The time for flashing can be reduced by 95%, from 1 hour to 5–10 minutes while greatly reducing the length of the download and other systems. The same technology can be applied to various IoT devices to save time and help to greatly reduce the operational costs. Mr. Paul Wu emphasized, “I’m very happy to be a partner of Taiwan Mobile as this partnership help us increase the users’ data security. In the future we will rely on the Taiwan Mobile 5G Network to help the users update their data faster.

Taiwan Mobile said that in addition to the large bandwidth and the low latency, two attributes of the 5G Network, another major bright spot is “the large number of connected devices”. The GSMA Intelligence predicts that, the global number of connected IoT devices will double from 10.3 billion units in 2018 to 25 billion units in 2025. Concurrently, the number of connections from the enterprise-end will surpass those from the consumer-end. CH Wu has pointed out that the memory size of the IOT devices is very limited, such as home smoke sensors, smart speakers, smart door locks, or smart streetlamps, water vapor maters. In the future, it will become a big challenge to update the software and firmware for tens of thousands small-capacity connected devices. Taiwan Mobile foresees this trend and is deploying its abilities for vertical integration. The co-development of the “OTA Service Management Platform” with Carota forecasts to bring new business models and services for Internet of Things market in Taiwan.

Through this cooperation, CAROTA, the world’s OTA (Over-The-Air) update technology provider will support Taiwan’s largest corporate customer with differentiating and comprehensive services. As the penetration of the Internet of Things continues to rise, both IoT devices and connected cars need their software and hardware to be remotely updated to remain safe and efficient.

Building on its success in the connected car market, CAROTA is incrementally gaining recognition within the Internet of Things and seeks to become within the next 5 years, not only one of major actors, but also the best technology partner.

Mr. Paul Wu, founder CEO of Carota said: “Carota was founded in 2018 to first target the automotive market and gain a firm foothold. In 2019, the company earned recognition in the global car market and during the first quarter of 2020, it was adopted by ten of world’s leading automobile manufacturers. Furthermore, it is one of the few leading OTA brands to have a strong presence in both the Greater China and global market.

In early 2020, the remote intelligent diagnosis solution was, in response to the demand from the international car manufacturers, added to its vehicle OTA product. While adopting the high thresholds of the automotive OTA technology as its core, Carota has laid out a parallel path with its OTA and new applications for the Internet of Things.

Carota has strategic partners all over the word including the world’s leading chipset manufacturers Qualcomm and MediaTek, the Japanese wireless module leader Murata Manufacturing Co., Ltd., the well-known supplier of automotive electronics and audio-visual products Faurecia Clarion, Huawei, Vivo, Toyota Tsusho, Great Wall Motor, Geely Automobile, Cherry Automobile, Hezhong Auto, Dongfeng Liuzhou Automobile and more. All have been designated as CAROTA OTA technology partners. The Carota exclusive differential technology can compare the differences between the update package file versions, extract the differences between the versions and compress it to significantly reduce their size and increase the success rate of the updates. Having accumulated the experience through the update of thousands of devices, it now meets the world’s highest standards. The cooperation between Carota and Taiwan Mobile is another masterpiece of IoT application scenarios, we believe that more band-new services such as the OTA upgrade and the remote diagnosis monitoring services can be provided to the Taiwan Mobile users.

With over 320 million smart devices installed and upgraded worldwide, the company has a global presence and serves customers in more than 20 countries including the Greater China, the United States, Germany, Japan, Russia, India and the South East Asia region.

The OTA upgrade has become a Must-Have feature for all connected devices. Carota supports the technological innovation by largely investing its resources in the R & D and Innovation departments, by meeting the growing demand for OTA upgrades and remote diagnostic services and, by assisting the smart automotive industry and the Internet of Things enterprise customers, while maintaining its technical leadership.

Through its close partnerships with the automotive brand manufacturers, system integrator and tier1 suppliers, Carota continues to cultivate the car industry’s symbiosis and co-prosperity system for a variety of applications.